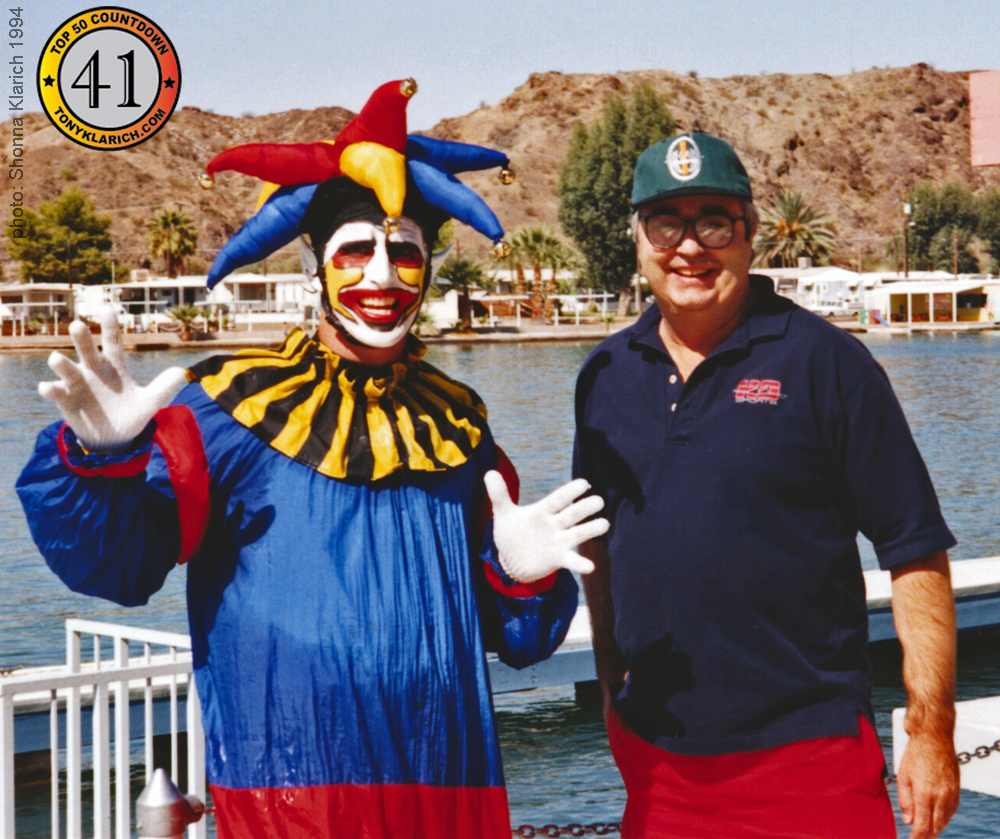 Spending time with the legendary Heb O’Brien was always a treat, but to be with him while I did a photo shoot for the HO Joker kneeboard was priceless. Herb came down to Mike Mack’s place on the Colorado River to enjoy some quality time on the water. I knew he was headed our way from the Seattle area, so organized a Joker photo shoot for the one of the days he was around. Herb asked me to design the Joker kneeboard in 1993, and when I heard the name of the new board was inspired by my ability to act as a Wild Card for the company, I knew it was time to bring the Joker to life. It was an amazing moment to have HO himself there to bear witness to his creation.

Blog Post: Thin is In (Designing the HO Joker) 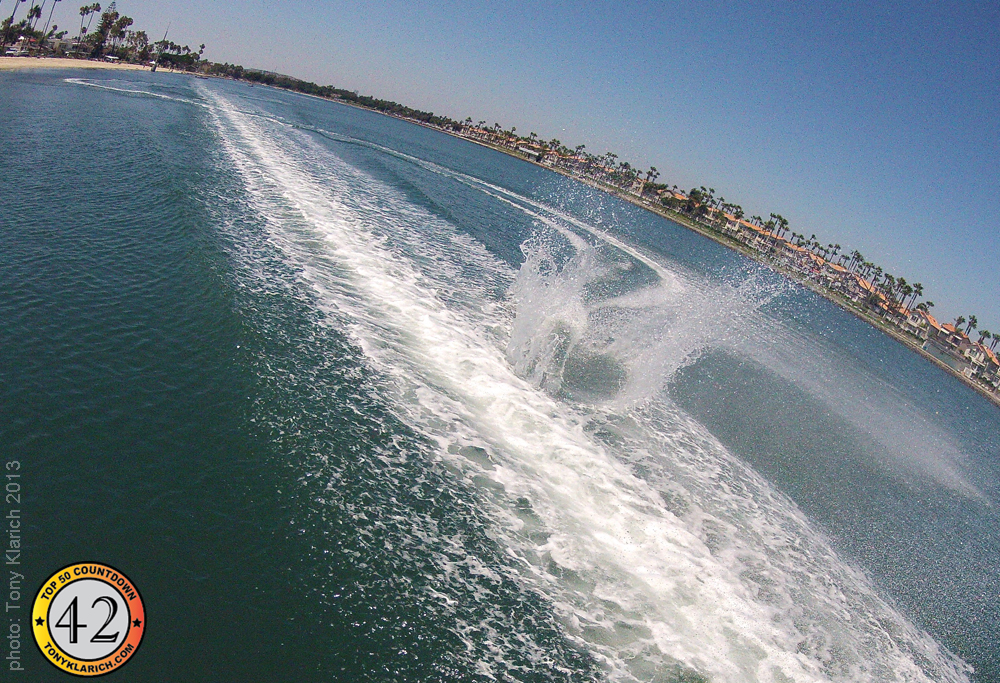 What will we leave in our wakes?

It’s an important question that sums up this photo. I mounted a GoPro on the end of a wooden stick, and stuck it down the back of my vest to capture this unique image. 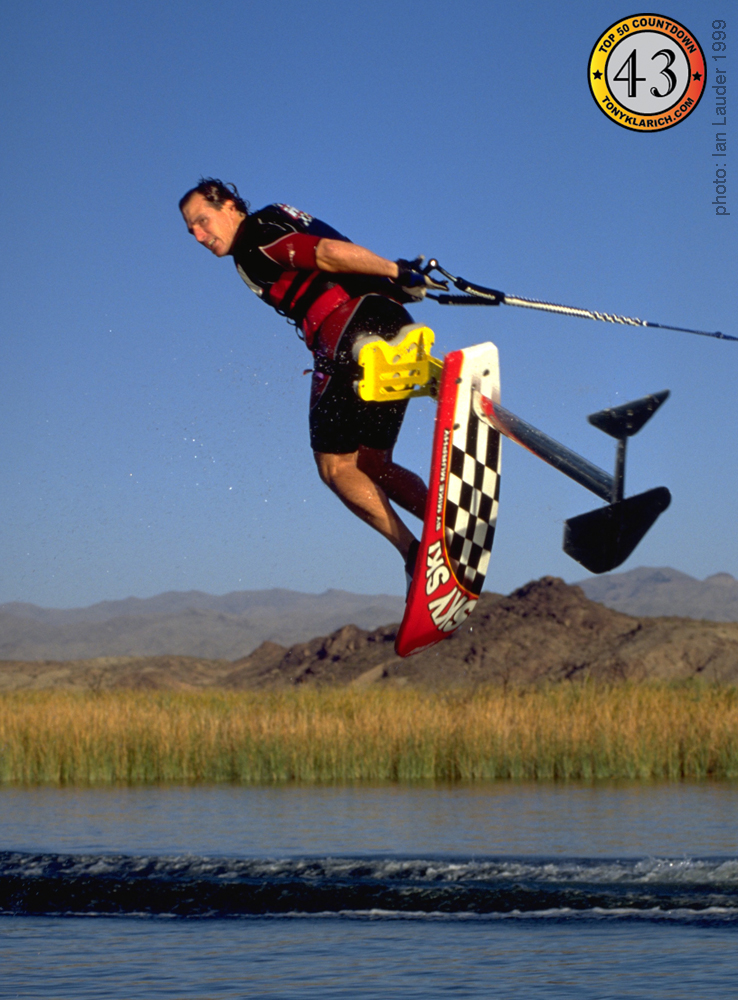 My uncle Mike Murphy was the first person to land this move in 1992. He did them for a couple of years, but stopped after one too many hard crashes. That had me scared of the move, and it took me a year to even attempt the “helicopter.” I started with a wrapped air 360 in the flats, and should never have been so worried. It came very naturally, and felt to me like a single over heli off the jump ramp. It wasn’t long before I started making the hand-to-hand variation on the other side. I spun in the same direction (counterclockwise) on both tricks, but having it on both sides of the wake made for the perfect photo opportunity. 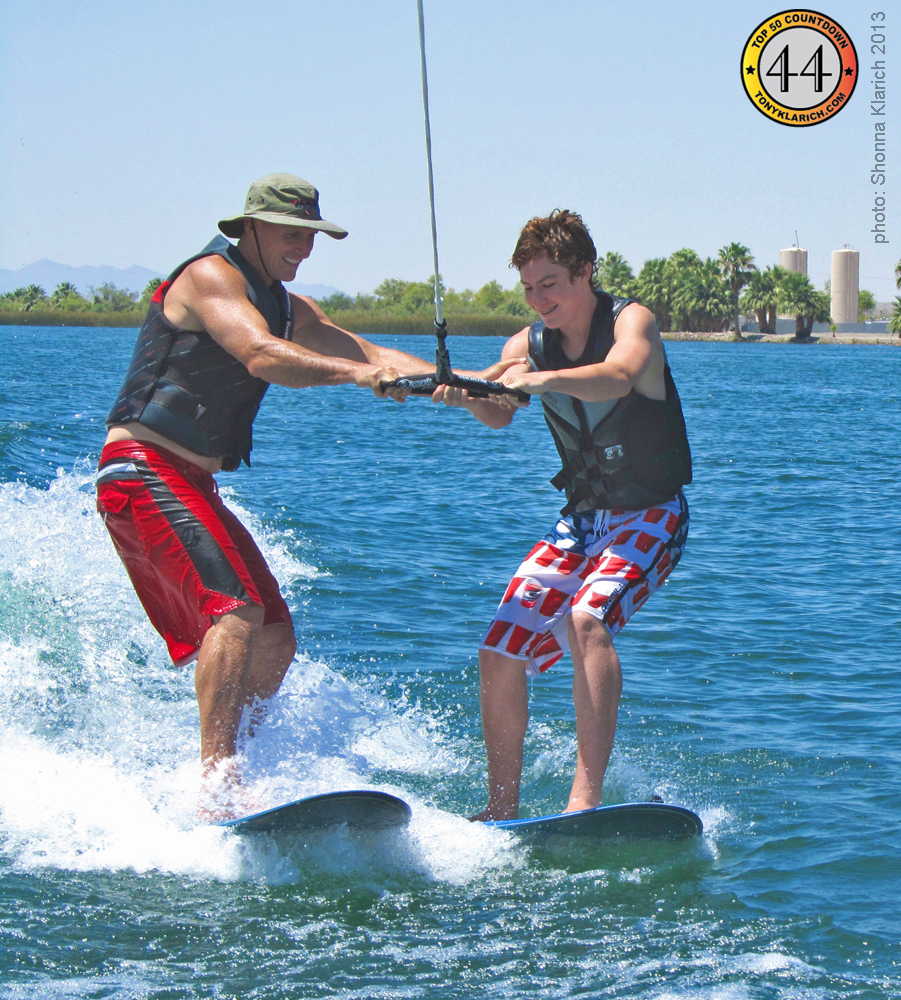 Wakesurfing with a rope is one of my favorite rides. My son loves it too. We took a double ride one summer day, and somehow managed to end up on the same handle without even planning it! The smiles on our faces express the pure joy of the moment. It’s magic when you get to do one of your favorite things in the world with people you love the most! 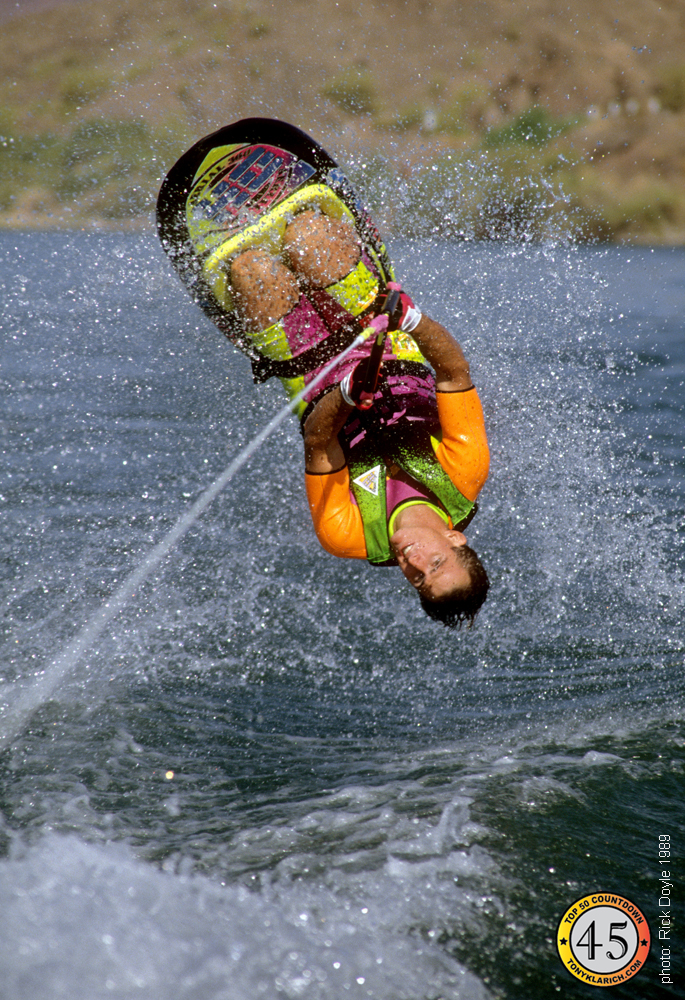 Believe it or not, kneeboarding was the hottest ride in towed watersports for most of the 1980s. Companies ran full page ads, pro riders were recognizable in the industry, and there were even competitions on the Pro Tour. I was part of that revolution, following the lead of my uncle Mike Murphy who co-invented the sport in 1973. After winning National Overall titles in 1985 and 1986, Herb O’Brien at HO sports asked me to design their first kneeboard, the Aerial 360.

This shot was done on the Parker Strip of the Colorado River with my long time photographer Rick Doyle. The low tow and bright colors give away the date. I was fresh off winning my third and final National Overall tile in 1989, and this photo was used to run a full-page ad announcing Team HO’s dominance at the National Competition.