It all started as a birthday stunt in 2004 inspired by my grandmother, Mary Murphy. She rode her hydrofoil to Catalina Island and back, a distance of 52 miles across open ocean, to celebrate her birthdays from age 79-88. 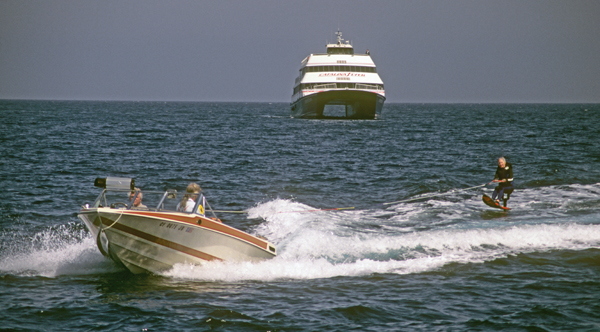 When it came time for my 40th birthday I decided to try something special too: 40 different things for 40 miles all in one day. The event was called the MasterCraft 40-40-400.

Ever since then I’ve been on a mission to see how far I can go with riding just about anything. I was already a fan of many traditional rides like the kneeboard, slalom ski, and hydrofoil. I’ve dabbled in the classics like shoe skis and disking. Then my riding branched out to the wacky stuff like an ice chest, car hood, book, and many others. 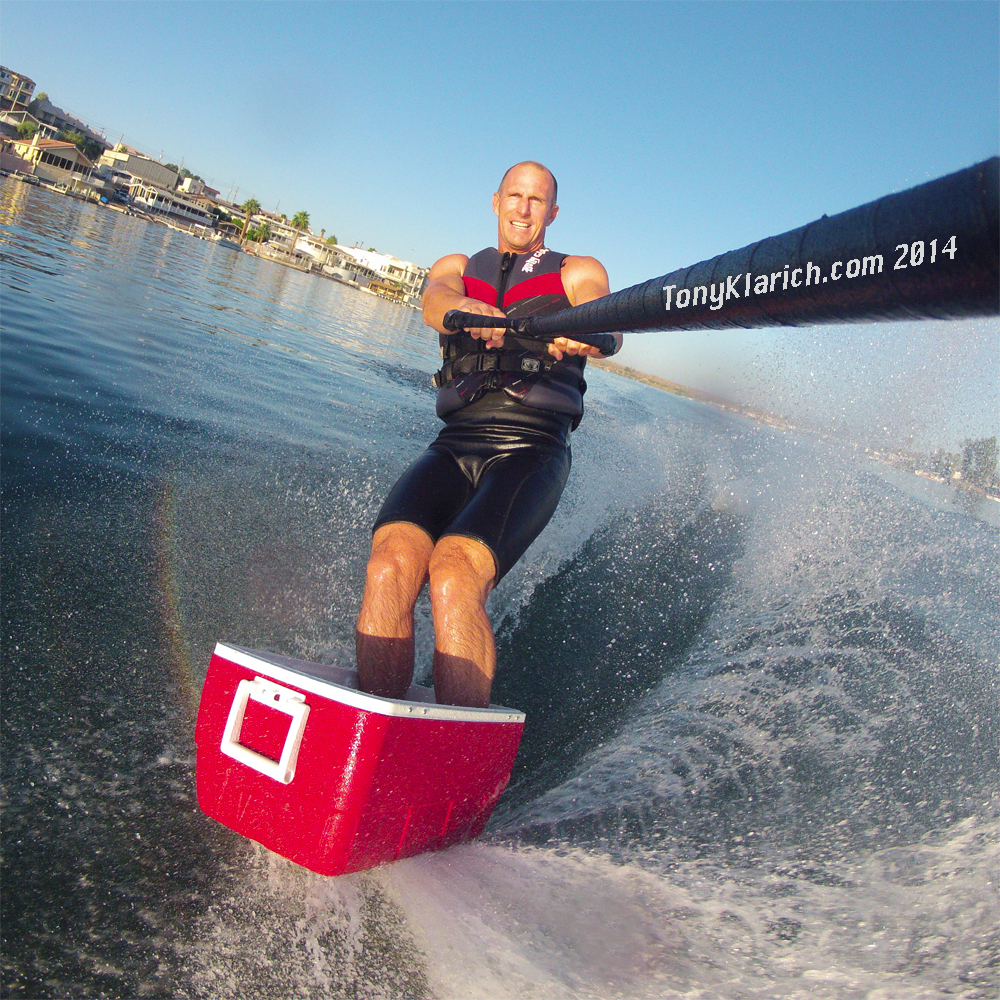 People have often asked how many different things I have ridden, and before the creation of the “Every Ride” list it was just a guess.

My friend Geno Yauchler is holding an event called the “Chain of Records” during Easter Week, 2015. His idea is to get together with a bunch of great skiers and try to set some records. Geno already has a couple of official World Records from Guinness, and he has produced big ski events, so the “Chain of Records” is going to be the real deal. My uncle Mike and I are going on a cross-country road trip to participate and are taking lead on several record attempts. For group efforts we will be doing most backwards riders behind one boat, and “chain of skiers” on combos. The chain will be a line of skiers. Each rider will tow those behind with a handle hooked into a harness.

Mike plans to break his own “tallest foil” world record with a height of 11′4″, so I thought about doing an individual record too. The thing I decided on was “most documented different rides.” With all the great barefooters planning to be at the event, I’m going try using a couple of them as human skis. There’s actually a photo of Johnny Carson doing this, probably taken sometime in the 1960s.

Documenting rides implies creating a complete list, which I have never done before – but the big question was how to organize it. It wasn’t long before the answer revealed itself – chronologically.

It’s been exciting to write everything down, and try to piece together the development of every known towed watersport. As a historian of the sport I already knew quite a few dates, but there are many that are still just a best guess. Tracking down this information, photos, videos, and documentation has already been a fun project that will keep me busy for years.

Now I need your help. If you have anything documentation that can confirm dates, inventors, etc, I would love to hear from you.

It’s easy to make updates in the new digital frontier, and this will be an ever-evolving project. If you are reading this you probably have a ride or two on the list that are your personal specialties. Let’s create a document to pass down to future generations of wake and ski enthusiasts.

Explore the rich history of towed watersports with your guide, Tony Klarich

Geno Yauchler tearing it up on a hydrofoil – GoPro