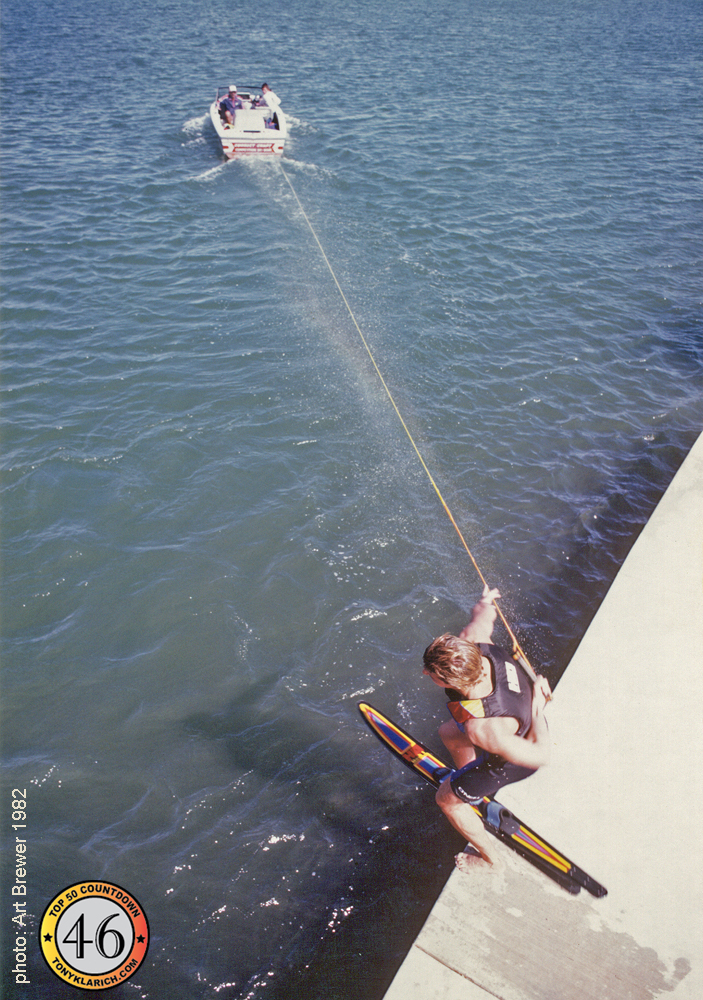 The summer of 1982 was my breakout year as a hot dog water skier. My uncle Mike Murphy popularized the sport in the 1970s with moves like the backwards deepwater start, wake 360 and tumble turn. I wanted to be like Mike, and once I learned all his moves it was time to try and learn a few of my own. That summer I invented 4 new moves on a slalom ski including the whip tick, side slide, backwards dock start, and helicopter dock start. I was working for uncle Mike at his ski shop on the Parker Strip of the Colorado River, and I was riding him hard all summer about being over the hill. He took my taunts and threw them right back at me one day at the end of the summer. Mike performed all four of my new moves in just one day, proving that he was still the top dog! 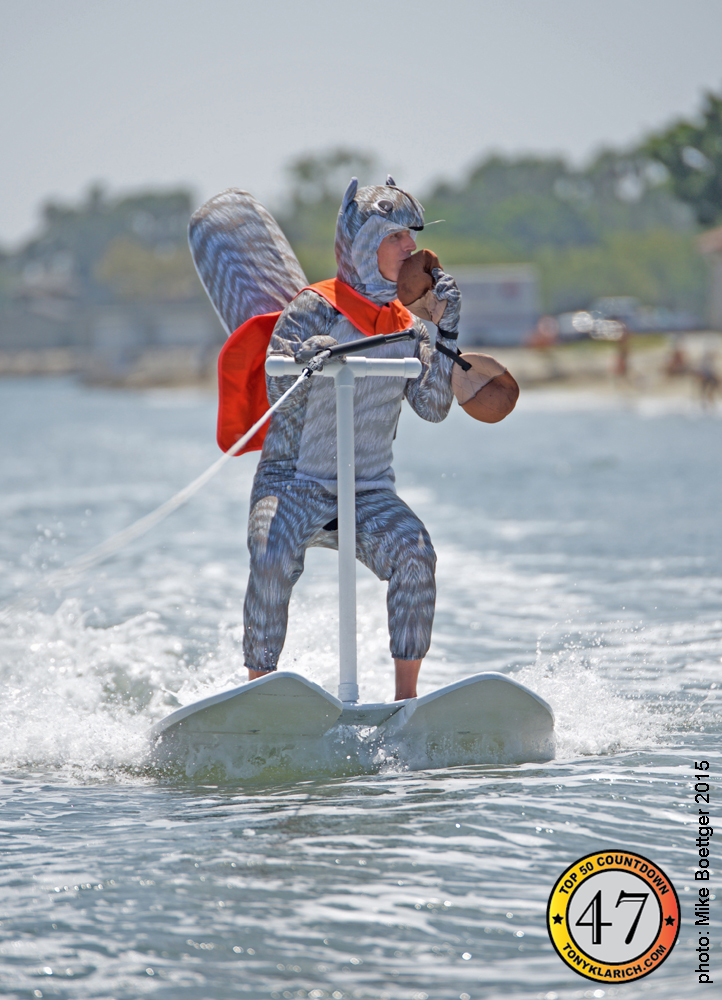 While planning for my 50 for 50 in 2015, one of the things I did was to include several rides with costumes. Another key element was “Tribute Rides” where I honored a few of our influential icons in the sport. These two came together when I thought of Twiggy the Water Skiing Squirrel. This rodent is so famous that he even made a cameo on the movie Anchorman!

Thanks to Mike Mack for helping me with the ski design and Lee Squire for building it. 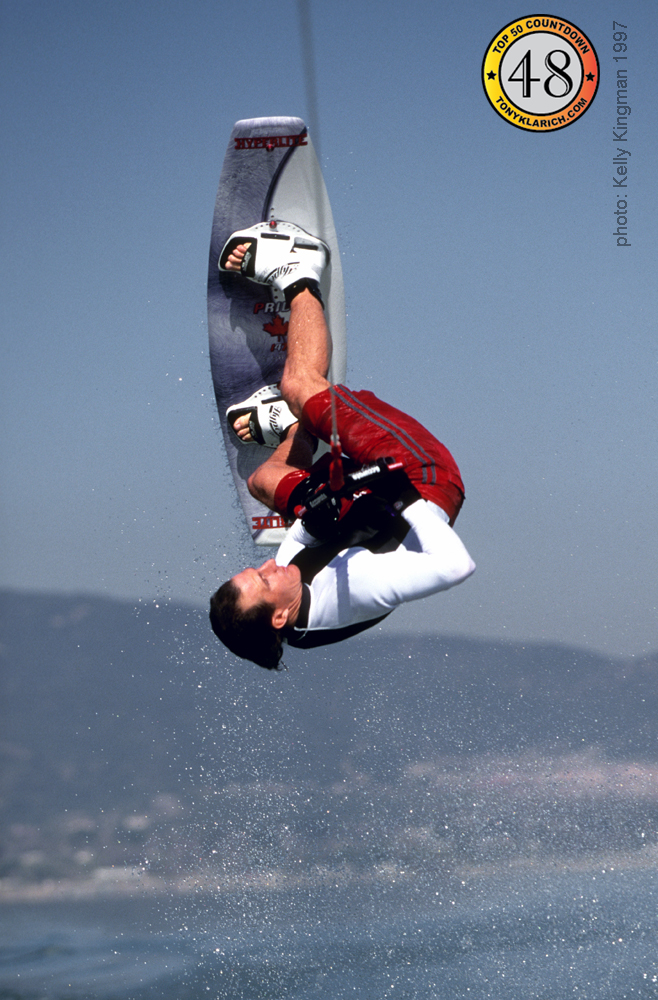 This photo was taken by on Lake Elsinore, shortly after winning the World Wakeboarding Association’s National and World Championships in the Master’s division. The board is the Heer Pride by Hyperlite, and I am performing a back roll. This is a special connection because it was Team Hyperlite pro rider Jeff Heer who got me over the hump to landing my first invert: a backside back roll. Even though I could already flip several items including a kneeboard, slalom ski, and freestyle jump skis; it took me MANY tries to land that first invert, well over 100. Heer gave me the key tips to land that first one, and was riding in the boat when I made it. Sticking with it and working hard to learn moves is typical of my work ethic in skiing. It was rarely natural talent: and usually plain old hard work. 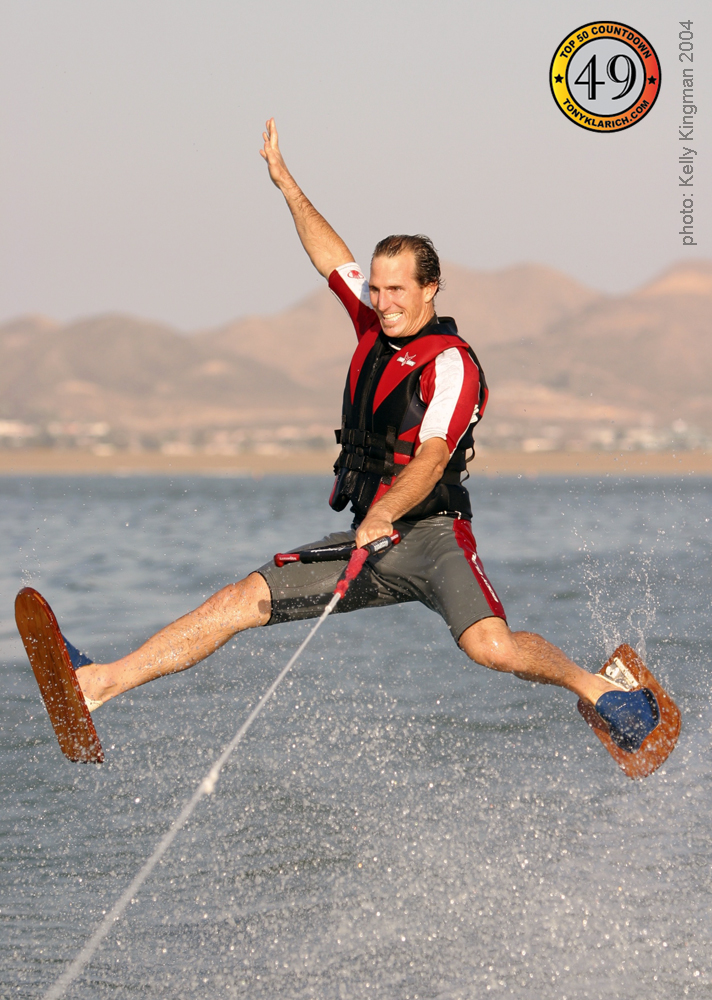 My uncle Nick was the most proficient shoe ski rider back in the day. He rode them as a professional show ski at Tommy Bartlett’s and Marine World. We even have home movies of his big move back in the 1970s, a 360 helicopter of f the jump ramp. Uncle Mike rode them too, so shoe skis were always a part of my family’s skiing, Grandpa Murphy put a pair to getehr for me in the 1970s, and I always took a lap on them while taking a ski set of 5 or 6 items at the Long Beach Marine Stadium.

This photo was taken on Lake Elsinore in preparation for the 40-40-400 in 2004. It wasn’t just my uncles who inspired me to ride the shoe skis, I got motivation form Hall of Fame show skier Skip Gilkerson too. 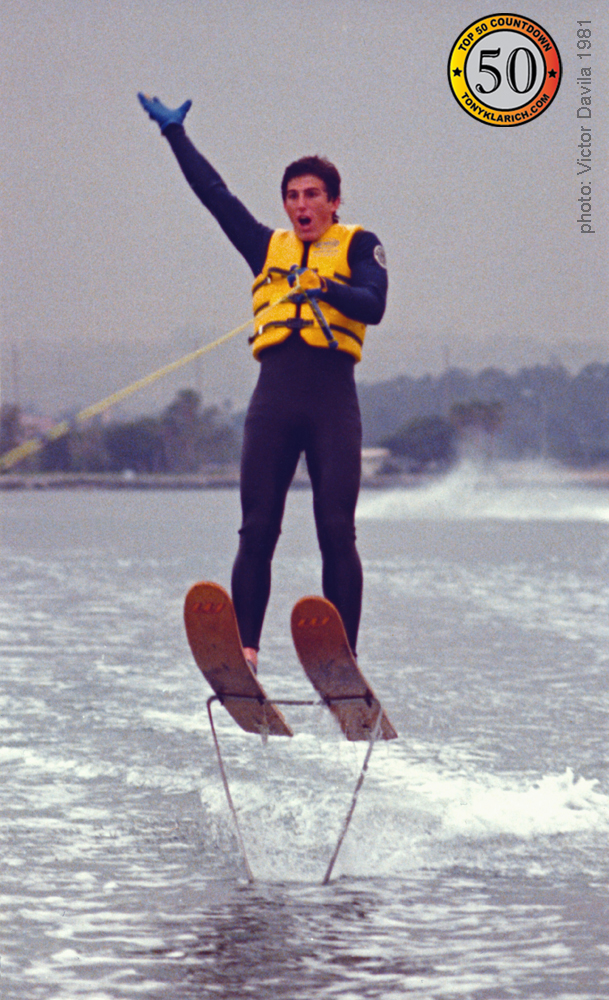 Hydrofoils have been an important ride for my family, and stand up foils are the kind that started it all. These beauties with the Western Wood skis were the family pair put together by my grandfather Nick Murphy sometime in the 1970s. Uncle Mike and I rode them every time we went down to the Long Beach Marine Stadium for many years. We used to have contests to see who could do the most consecutive wake-to-wake jumps.

Mike rented foils like these at his ski school and shop on the Colorado River, and having them around was a key element in the development of the Air Chair, the original sit down hydrofoil in 1989.

The photo is a landmark moment too. It was the first time I paid for a photo shoot. Victor Davila was a friend from school who took photos for the yearbook. Paying for my photos provided ownership and control of them, an important method of doing business that I was to repeat through the years.