In 1992 The Budweiser Water Ski Pro Tour added kneeboarding and wakeboarding competitions.[i] For the first time in several years, the kneeboarding event was not a Hydroslide exclusive, and all the best riders had a chance to participate. But even that couldn’t lure me out of retirement from competitive kneeboarding. Sea-Doo was the one of the major sponsors, so they towed the Flip Out portion of the competition. The sponsorship money was what made the event possible, but the hum-drum of back and forth flips was brought even lower with super small wakes. The Tricks format was better behind a regular boat, using the AKA rules of 2-20 second passes to do as many different tricks as possible. For the next few years the top riders were David Jennings, Mario Fossa, Jonathan Macdonald, and Yates Perry.[ii] I still attended many Pro Tour stops as a hot dog performer, and also offered my growing chiropractic skills to help my fellow skiers.

The kneeboarders brought their usual supply of crowd-pleasing tricks, while wakeboarding struggled to find its identity. Several trick skiers crossed over to wakeboarding, including world trick record holder Cory Pickos. His wakeboard runs looked more like trick skiing, including line-overs and toe turns. Another 10,000-point tricker, Russell Gay, found success winning the Pro Mens Freestyle at he 1993 World Championships.52 Most of the rest of the wakeboarders stuck to the basics with wake 360s and basic rolls.

Kneeboarding still had the overall edge in tricks for the first couple of years on the Pro Tour, but the one rider who stood out above everybody else was Darin Shapiro. His signature move on the wakeboard, the Air Raley, always got a huge response. Wakeboarding was starting to express some individuality. 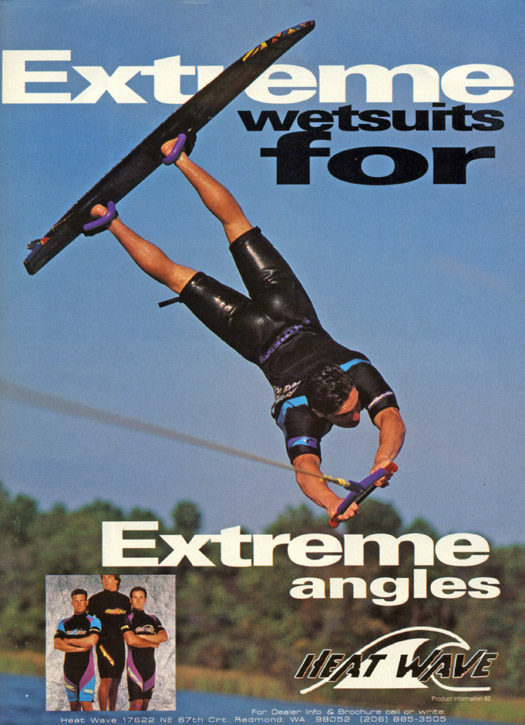 Darin “The Scud” Shapiro Exploded Onto the Scene with His Air Raley. (King, 1992)

VIDEO LINK: Chet Raley & Darin Shapiro on the History of the Raley

By 1993, riders choose wakeboarding in record numbers. There was still a skilled contingent of top kneeboarders, but the ability level of wakeboarders was on even par. The changing of the guard that was a decade in the making was finally at hand.

The tipping point from kneeboarding to wakeboarding came in 1993. Kneeboarding was given a golden opportunity to stay relevant in the watersports media with the release of World Publication’s Wake and Knee Boarding Magazine. The first cover featured the high-flying Darin Shapiro launching a huge Air Raley over the top of a low rolling David Jennings. The symbolism of that premier picture foretold the eventual outcome. The magazine ran both sports for several issues, but the majority of subscribers were adamant about wanting wakeboarding only. Scott Byerly and Gator were the new wakeboarding stars of style. For traditional skiers and kneeboarders it was hard to understand how riding with a crooked arm constituted style, but Byerly especially, exuded a cool mysteriousness that resonated with the youth. With his arrival, and the lifestyle he represented, momentum had firmly switched to wakeboarding. Kneeboarding was dropped, and the publication became Wakeboarding Magazine.[iii] It signaled a switch in industry support too: the big money went away from traditional skiing and kneeboarding and into wakeboarding. 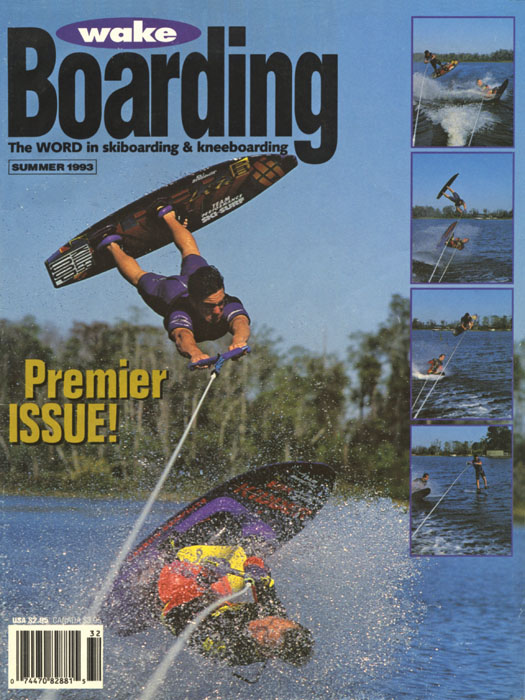 Kneeboarding was still on the Pro Tour thanks to Sea-Doo, but its presence was a double-edged sword. The TV coverage was great for national exposure, but the clean-cut riders of kneeboarding came across like a squad of robots when compared to the free riding of the wakeboarders. In the trick event wakeboarding started awarding style and air points for 5 tricks per pass. The low flying, quick tricks of the kneeboarders started to look bland in comparison.

Still, it was difficult for us kneeboarders to understand why the company support had slowed to a trickle. Kneeboard sales still topped those of wakeboards for several years during the transition period. It felt like we were the ones who did all the heavy lifting, and now wakeboarding was stepping in to enjoy the fruits of our long labors.

>Next Chapter: 18: A New Direction