The partnership between Bob Woolley and Mike Murphy at Air Chair was always a strained one. That was unfortunate because each man had a set of skills the other did not have, and together they had what it took to run a successful business.

Mike was the star and front man. He was already a legendary skier and salesman. He had connections with scores of key people in the industry, and was the perfect guy to go on the road to promote, demonstrate, and sell the Air Chair. Mike’s main complaint about Bob usually centered on the lack of innovation. 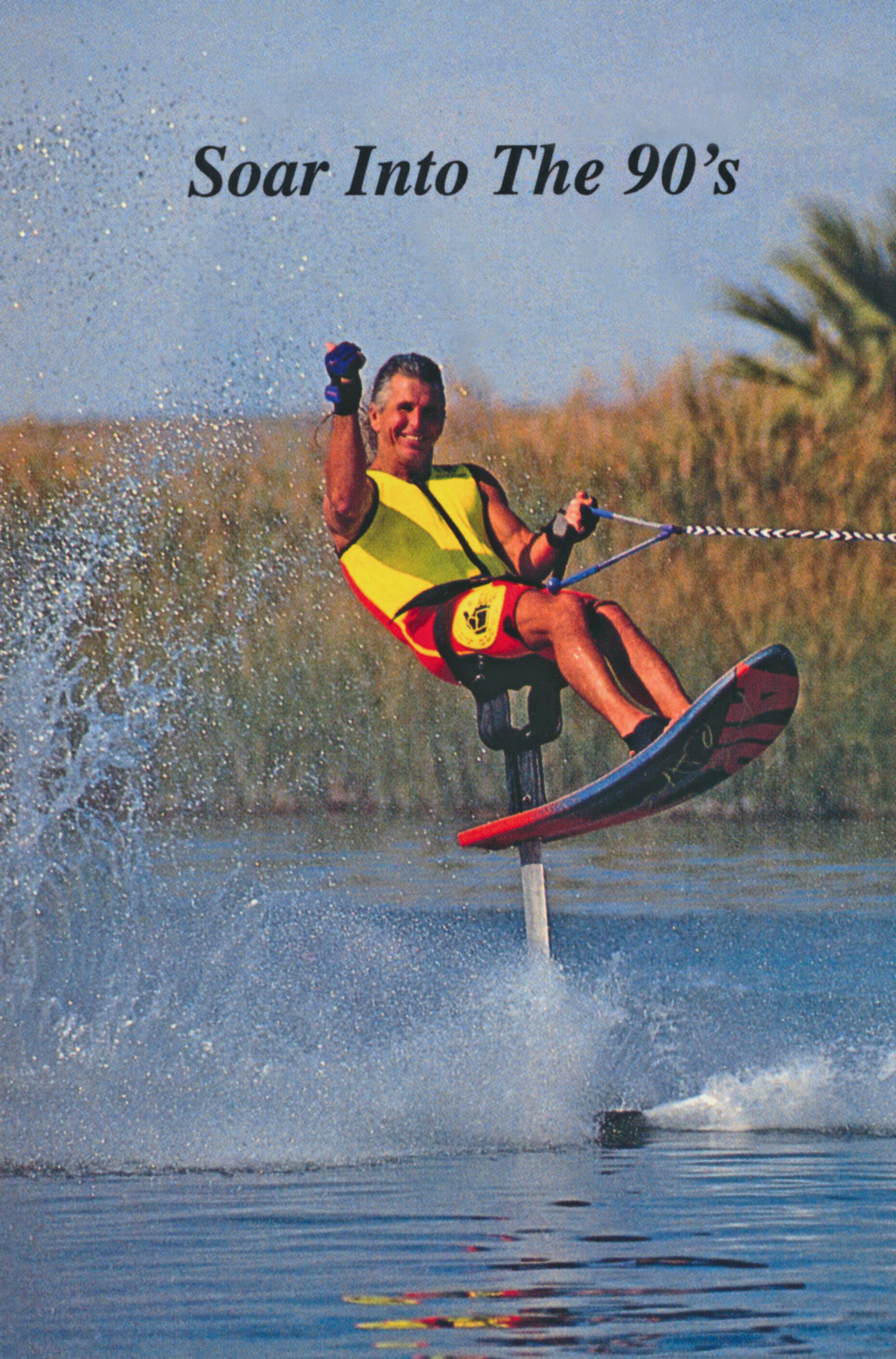 Mike Murphy was a media magnet in the 1990s

Bob was the builder and businessman. He knew how to run the shop, and how to keep the company profitable. His usual complaint was centered around Mike as a 1960s holdout having fun on the road at the company’s expense. Mike got all the glory in shows and the media while he (Bob) was stuck in the heat of Air Chair’s new shop in Lake Havasu City, Arizona. A perfect example of the animosity between Mike and Bob bubbled to the surface after the Air Chair appeared in the July 1995 issue of Playboy. A picture of Mike had been used to create a cool drawing of the Air Chair in action. Bob was given credit as the sole inventor while Mike got the glory as the rider. The Playboy appearance with contact info for Air Chair should have been celebration, but strangely was not. 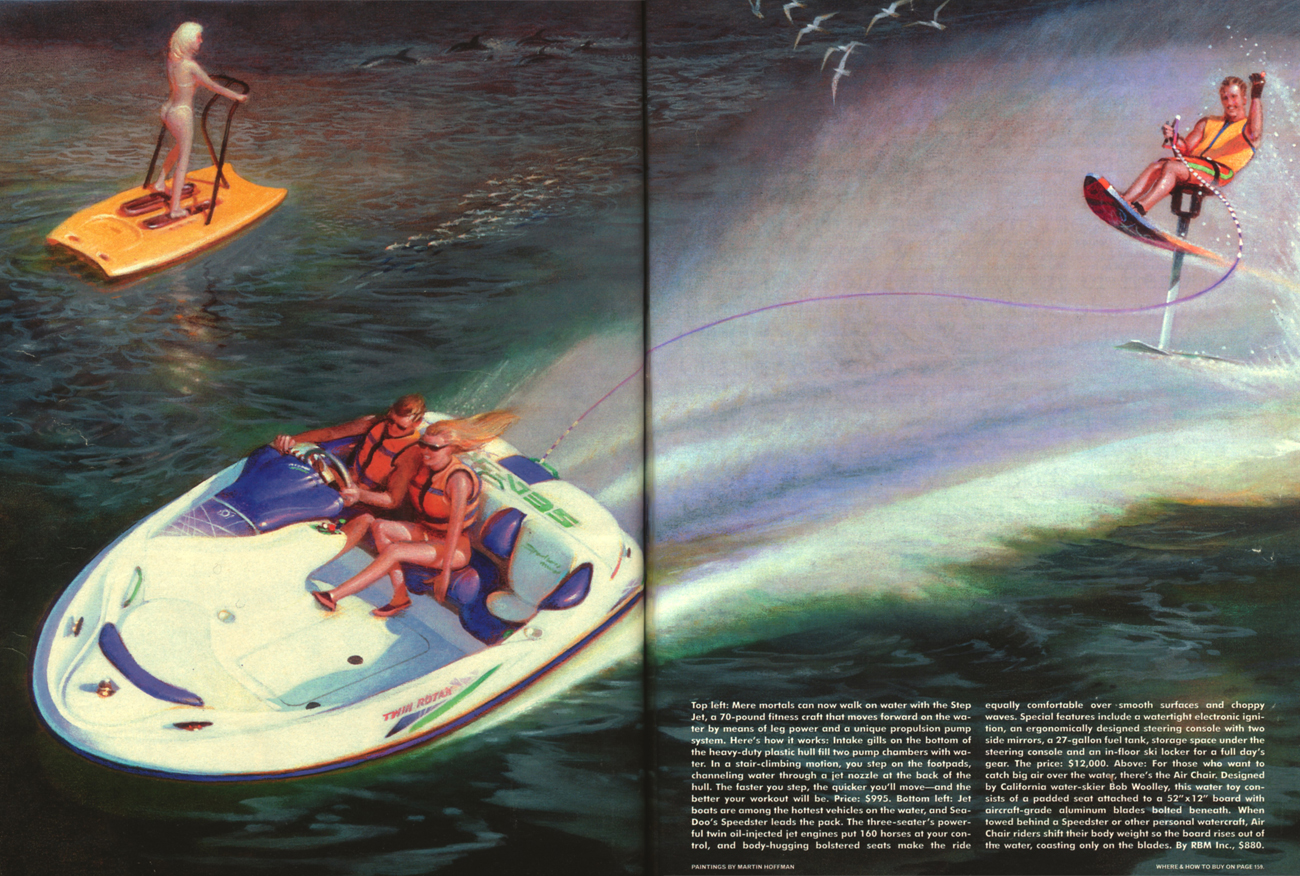 It was during this time of turmoil that my wife and I moved in to uncle Mike’s house in Canyon Lake, California. We were recently married, and were saving money to buy a place of our own. It was a perfect living arrangement because Mike was on the road for Air Chair so much. I became Mike’s secretary; checked all his mail, paid the bills, and tried to keep his crazy paperwork organized.

Our time living with Mike should have been filled with good times as foiling enjoyed one success after another. Rather, it became a front row seat to a business partnership gone bad. The endless difficulties between Mike and Bob came to a head in the winter of 1996-97.

Mike was on the road in Vancouver, Canada when I got a frantic phone call. His credit card was cancelled, and he hadn’t a clue why. The answer came in a registered letter from Air Chair. Mike asked me to open it up and I read it to him. The main thrust of the letter was that Mike had been an employee of the corporation, and that Bob Woolley, as the president of the corporation, had decided that Mike’s services were no longer required. Bob believed that Mike was positioning himself to start his own hydrofoiling company to compete with Air Chair.

It was an absolute shocker. Things had been rough between Bob and Mike, but how could Mike get fired from his own company? The shock of the firing reverberated for a couple of weeks as Mike tried to figure out the best course of action. Mike’s salvation came from a benefactor in Switzerland.

The Swiss savior, Peter Schörno, had seen the National Enquirer picture of Bob riding a foil, and contacted Air Chair to get some lessons. He was referred to Mike Murphy. Peter and his entourage came all the way from Zurich to Canyon Lake to get lessons from the master. In those days Mike was all about teaching people to ride, and he treated Peter’s group just like anyone else who had purchased Air Chairs. They got personalized instruction with Mike and his boat for just the cost of gas. Peter was not entirely used to this. He had earned big bucks in the European gaming industry, and people often tried to take advantage of him when they found out. Mike did not, and that endeared him to Peter. Mike stuck with his sick sense of humor and grossness, and Peter was treated like one of the guys.

Mike ended up giving several rounds of lessons to Peter over a couple of years, and eventually Peter wanted to repay the favor. Peter invited Mike and a guest to his homes in Switzerland for a week of hydrofoiling, all expenses paid. Peter and Mike shared the same birthday, so they turned it into a summer party too. Mike and Peter became good friends who both loved to hydrofoil.

Fast-forward several years. When Peter heard about Mike’s falling out at Air Chair, he offered to help out with Mike’s legal expenses.

The case between Mike and Bob was a mess, and I lived through every ugly twist and turn. Phone calls, faxes, accusations, and heated discussions…the whole thing was just plain stupid. The lawyers got most of the money.

In the end Mike and Bob were both able to manufacture hydrofoils because both men’s names were on the patents. Mike got compensation from Air Chair as a former partner. Bob continued with Air Chair, and Mike started Sky Ski with seed money from Peter Shörno. 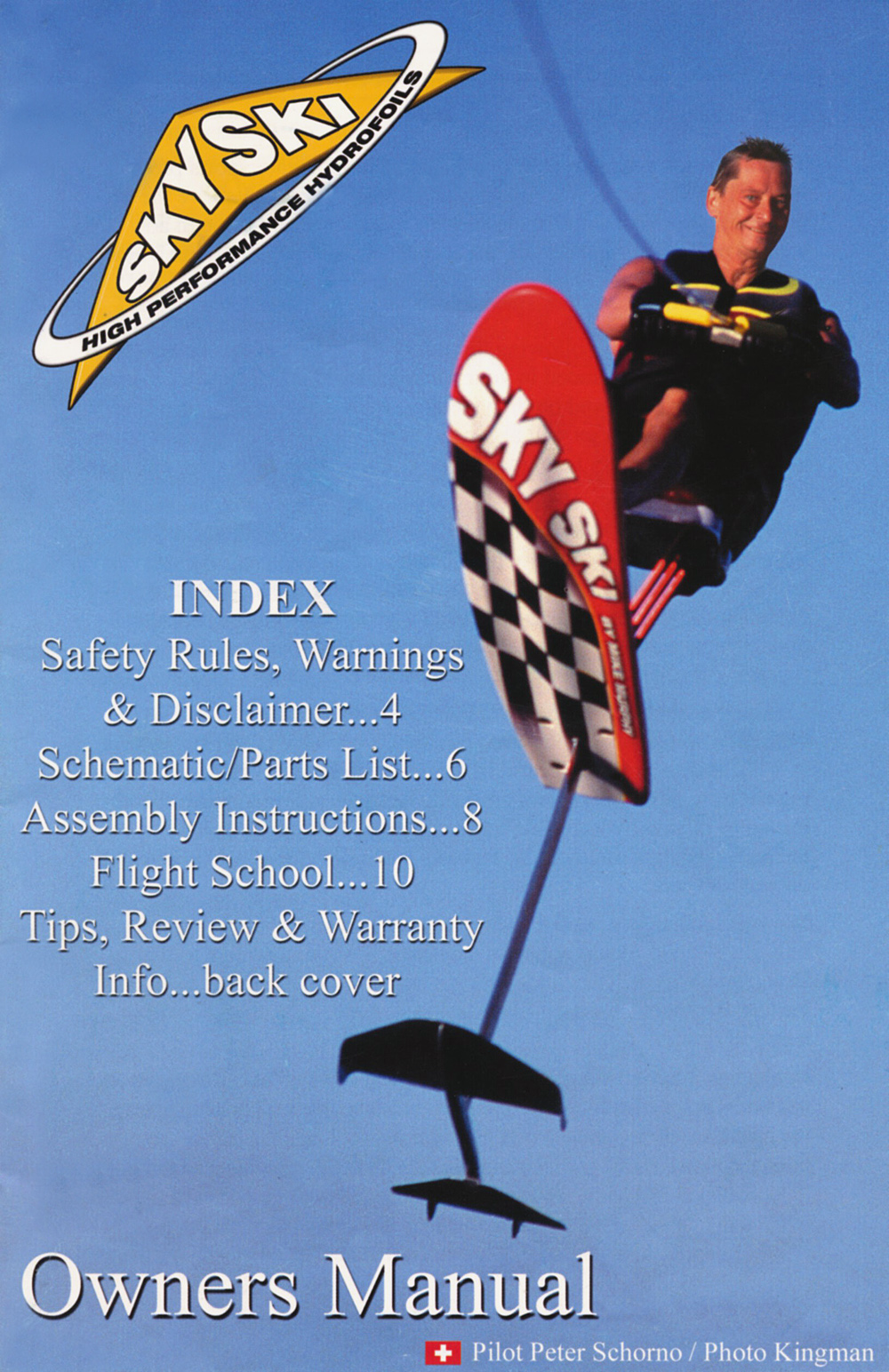