Everyone was excited for Air Chair’s first big video shoot. We all knew how important a promo video was to support a new product, and this one was sure to be hugely popular. Our base camp for the weeklong shoot was a rented houseboat on the shores of Lake Havasu, just a few miles upriver from our home waters of the Parker Strip. It was a family affair with my wife Shonna, uncle Mike and grandma Murphy who at age 75 had just learned to ride. We were joined by Bob and Jan Woolley, Mike and Vicki Mack, and Bob Dunham. Dunham was a full tilt rider with the biggest straight jumps of anyone, and crashes to match. Shonna was looking good while riding behind a pontoon boat, while grandma rode behind the PWC. Mike hucked huge rolls in rough to water to show how smooth the ride was. I had been keeping my new move, the Skidder, a secret for weeks, and now it was time to unveil it for the cameras. Mike was duly impressed and instantly champing at the bit to learn it too, but he would have to wait. To make him feel a little better about it I told him that the official name of the move was the “Skid Mark” in honor of his underwear! Shonna and I were still living with Mike, and he used his dirty underwear to mark his territory just like animals use urine. I eventually changed the name to Skidder so it would be family friendly. 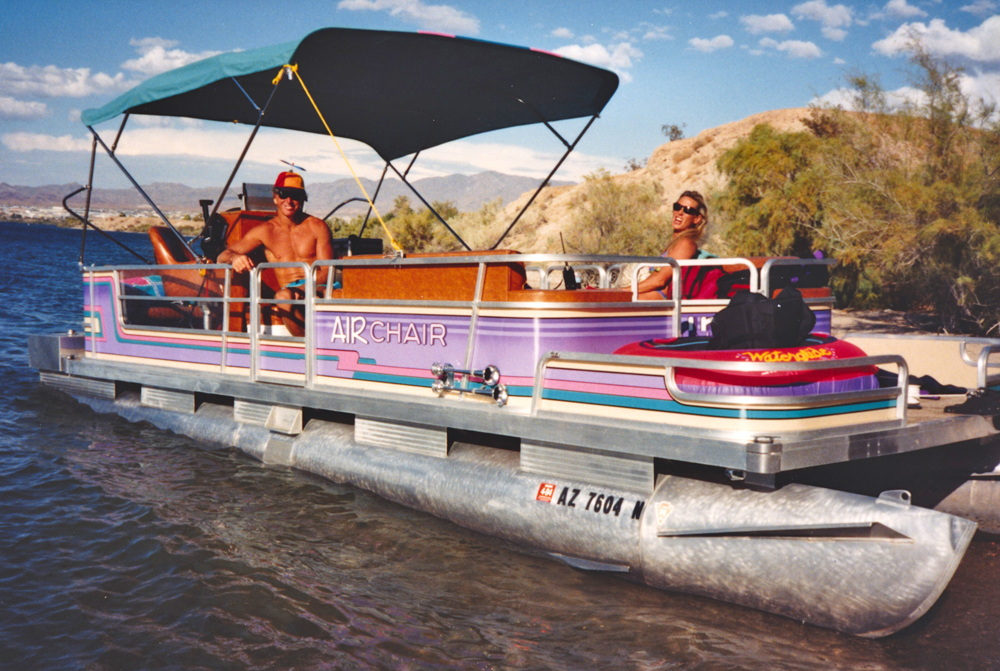 On location: Mike at the helm of the Air Chair pontoon boat 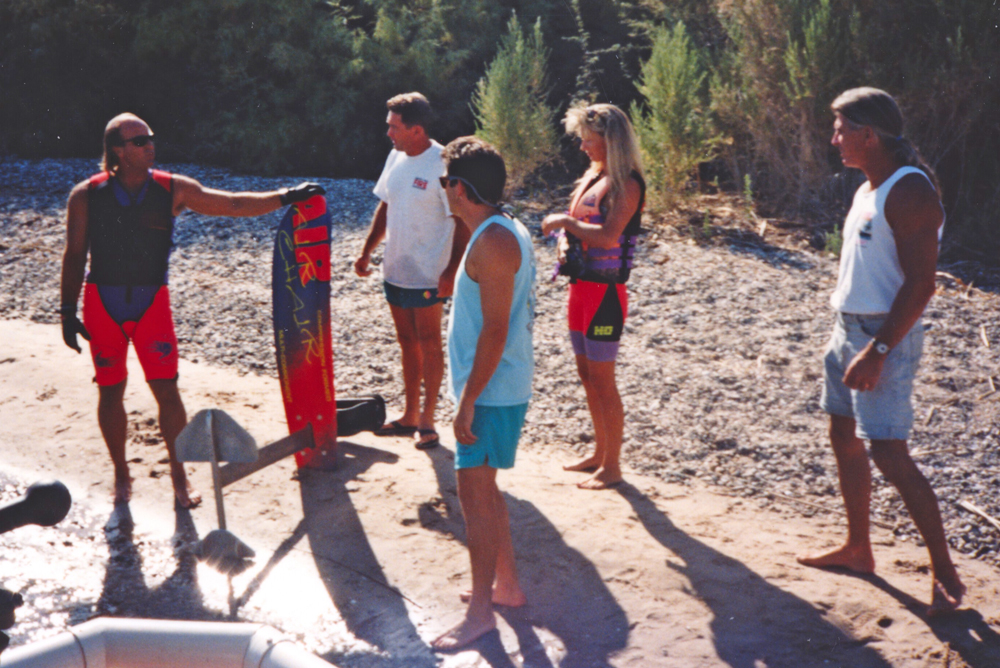 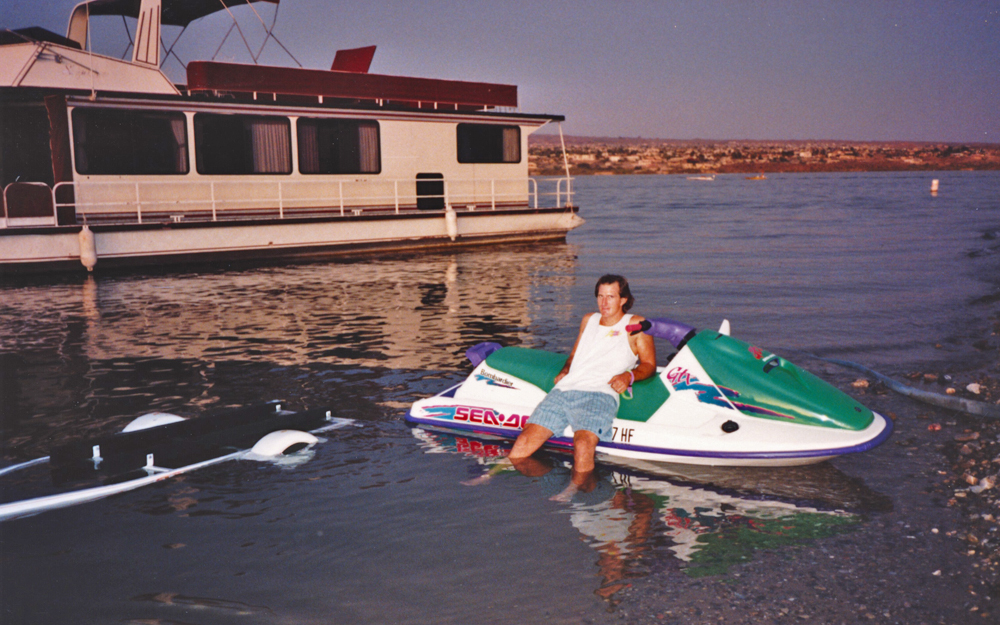 On location: The calm before the storm.

We were all in high spirits as we were able to get the best foiling footage to date, even though we fought some wind and rough water. Then things turned ugly.

The near death experience started when my wife complained of morning headaches on several days, which was not normal for her. The ultimate cause was a chain of events that could have ended in tragedy. We were bunked on the top floor of the houseboat, and our windows were the sliding kind with gaps between the glass. The nights were perfectly calm, and the generator was running off the stern of the boat. Carbon monoxide had been leaking through our windows and into the cabin at dangerous levels, but we did not know it because someone had disconnected the carbon monoxide sensor without our knowledge. Our last night on the shoot was exceptionally calm, and I remember having a splitting headache in the early hours of the morning. I was aroused from my stupor by Bob Dunham who called for everyone to get out of the boat. Shonna and I weren’t the only ones who had it bad. Mike lost consciousness temporarily, instigated by a not so funny fart in his face, and pissed himself.

I groggily made my way to the beach and rolled around in agony on the sand. I threw up again and again until there was nothing left but bile. Then the dry heaves took over. Shonna was sick too, but I had it the worst. A rescue boat came out and administered oxygen to us, and Shonna and I were transported to the local hospital. My head was killing me. We found out at the hospital that our blood percentage of carbon monoxide was 35-38%. When it gets into the 40s, it’s death. The doctor said we were very lucky.

It took me a while to recover, and for months the smell of gas fumes and running cars filled me with waves of nausea and sweating. Everyone who heard the story mentioned we should sue, but I had just come off an ugly three-year legal battle, and was in no mood for a repeat. It could have been a slam-dunk case. Someone had purposely disconnected the carbon monoxide sensor on the boat because it kept going off. Pretty smart huh? It wasn’t tested when we picked it up, and we never knew that there had ever been a problem. Rather than the lawyer route, I contacted the company myself to try and work things out. Shonna and I eventually settled out of court for a reasonable sum. It probably could have been much bigger with a lawsuit, but that was a road I didn’t want to go down again. 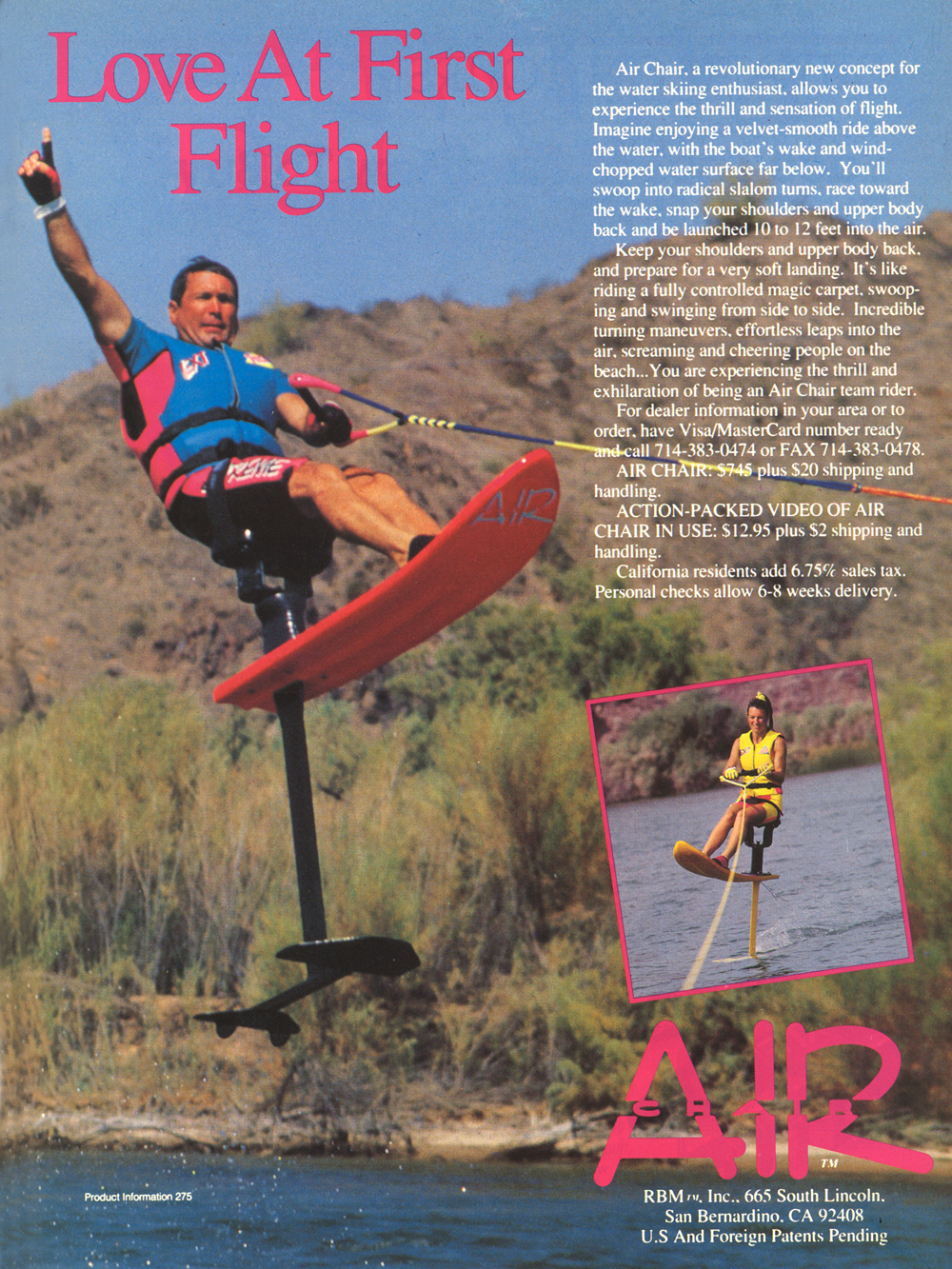